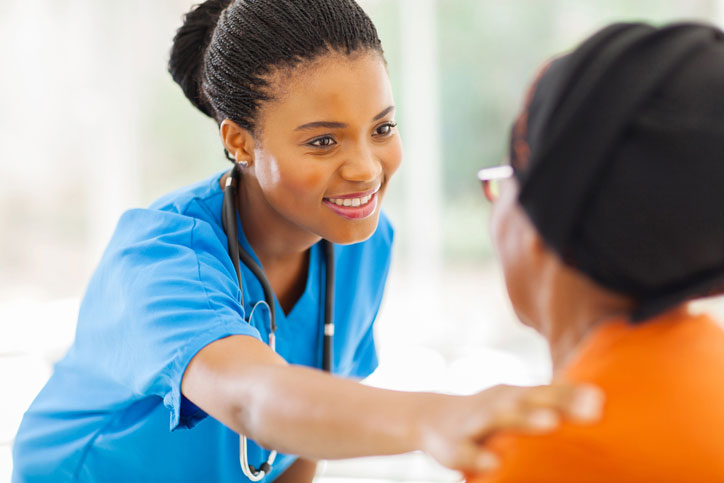 It’s not a choice anyone should have to make.

Protecting the public against an indifferent, inexorable, deadly disease shouldn’t have to compete against a different sort of insidious threat – that of racial injustice and police violence.

But in a way, Derek Chauvin made that choice for all of us when, just before 8:30 p.m. on May 25, 2020, he chose to restrain George Floyd in the street next to a police cruiser by kneeling on Floyd’s neck until he died… and for perhaps as long as three minutes after he was dead.

Video footage of the incident spread quickly and the protests began in Minneapolis the next day; they extended across the country within two days, and around the world by June. Maybe inevitably for protests against police violence, there was more violence. Pepper spray and tear gas were deployed, causing protesters to cough and spit and spray aerosols through the crowded streets.

The whole time, SARS-CoV-2—which Floyd himself tested positive for after his death—circled silently in the population. Medical professionals watched helplessly, imagining the virus spreading, growing, in those hopeful, persistent crowds… and wondered how many more would die for their devotion. And at the same time, wondered how many more might die at the hands of police without it.

But this is the moment in history in which APRNs find themselves, and many are torn: how can you support calls for police reform and social justice while still protecting the public against COVID-19?

Nurses Can’t Seem to Catch a Break From This Pandemic

This isn’t how the next stage of the COVID-19 response was supposed to go. But, then again, the first stage wasn’t exactly according to plan, either, so perhaps nurses shouldn’t be too surprised.

But after working seemingly endless shifts, cloaked in fear and surrounded by the dying, with makeshift PPE and limited supplies, it was starting to seem to many nurses like they were getting passed the worst of the first wave. States could be reopened slowly and sensibly; new treatments and data could be used to predict and prevent additional outbreaks and stop the terrible, dangerous swamping of ICUs and emergency departments.

That’s not how it went, though. The police killing of George Floyd in Minneapolis sent untold thousands to the streets – social distancing guidelines were largely forgotten and even though in many cities most protesters had the forethought to mask-up, their efforts were immediately undone as soon as police started lobbing tear gas canisters, causing coughing and the inevitable spray of potentially infectious droplets.

The crowds have been mostly younger, and data remains mixed about how they carry and transmit the disease. It’s too early to see the exact effects of the gatherings in the infection numbers, either, although early testing of some participants seems encouraging. It’s also hard to separate out any rise in cases from the results of re-opening various states and the gathering from the Memorial Day holiday.

But Trevor Bedford, a scientist studying virology at Fred Hutch in Seattle, loosely estimated a possible 50 to 500 increase in deaths per day in the coming months as a result of the protests, and many of them among the very population that the protests are intended to protect.

Despite Some Early Successes, The Protests Continue To Present Risks of Further Spread

One unusual characteristic of the current unrest is the longevity. The protesters have been out in strength for nearly a month.

It’s particularly difficult to weigh these alternatives with all the unknowns. Bedford freely admits the wide range of outcomes are based in extremely hypothetical understandings of both COVID-19 and transmission rates in such crowds.

But for many of us, inaction simply isn’t an option. Around the country, even in hard-hit areas like New York City and Seattle, healthcare professionals have turned out in solidarity with Black Lives Matter protests. Notably, they have done so with all possible precautions, wearing masks, avoiding close contact, and staying away from pepper spray and tear gas deployments that would incite coughing. Most of them scrub down and change clothing immediately afterward.

Fighting Social Injustice From Within The Nursing Profession 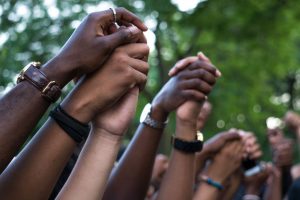 Although it doesn’t grab headlines the same way as a video of police violence and murder does, social injustice in healthcare also results in the premature death of people of color. Even in the current crisis, black and Latino populations have been disproportionately affected. One of the most striking examples is in Louisiana where 70% of COVID-19 fatalities in the state were black… while African Americans make up only 32% of the population. If demographic factors offer some explanation, a harder to face, but equally likely one is also in play: bias in treatment itself.

The litany of specific discrimination and conditions is long and extends well into social issues as well as bias within the healthcare system itself. The fact that such discrimination occurs within healthcare, in stark violation of the oaths medical professionals take and the promises the broader medical community makes, in an unquestionable truth that will require a lot of soul-searching and reflection.

Wearing masks and social distancing in a protest march, sanitizing afterward and often during the course, is straightforward and may save lives. The protests themselves may save lives, if real change is the outcome. But it’s a mistake to say that the issue of racial disparity is  limited to policing practicing.

It’s up to NPs and other APRNs to uncover these disparities as they occur within the clinical environment and ask themselves the hard questions, then push for social justice in the place where they have the greatest influence and control.