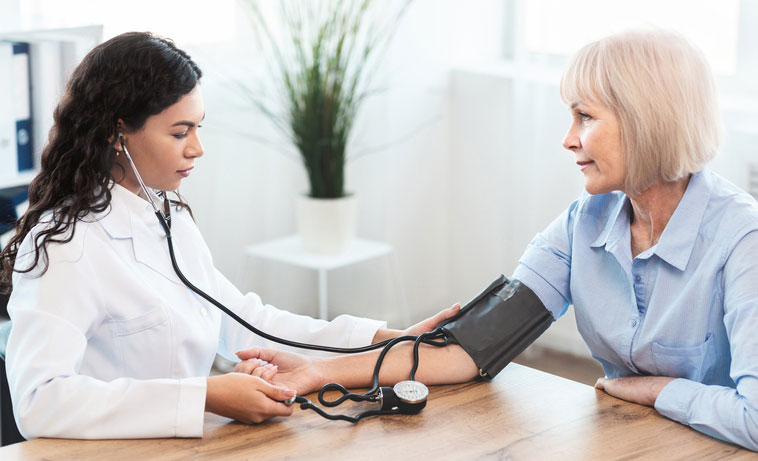 If you’re an advanced practice nurse, or RN thinking about going into advanced practice, you no doubt have heard the buzz about how some big industry stakeholders are pushing to see all MSN nurse practitioner degree programs migrate to the DNP level by 2025.

And no doubt you’ve heard all the reasons behind the push to see this happen… Currently, APRN licensure requires only a master’s in nursing, which puts it at odds with the general trend for professional clinicians: dentists, psychologists, physical therapists, and even audiologists and pharmacists all have a level of responsibility similar to that of nurse practitioners… and all require a doctorate for licensure.

This is the practical argument for seeing the degree requirement for the role change, but there are also arguments to be made that have less to do with clinical skills and more to do with perception.

The history of advanced practice nursing has always involved having to prove the value and expertise of the role in the face of resistance from the healthcare community. And let’s be honest, a lot of that resistance has come from physicians, who all too often seem to fear professional encroachment as NPs take on a greater level of responsibility and autonomy, and as state laws continue to be amended to allow them to practice and prescribe independent of physician oversight.

Unfortunately – and unfairly – that attitude has crossed over to influence public sentiment too. A 2015 study published by the University of Pittsburgh showed patient confidence in NP providers continued to lag behind that of physicians.

So in 2018, to put the issue to bed, NONPF announced that it would be leading the push to make the DNP the new educational minimum for NPs… but it’s a push that comes with complications, and a fair amount of resistance too.

Is the Second Time the Charm for Making the DNP the New Minimum for NPs? 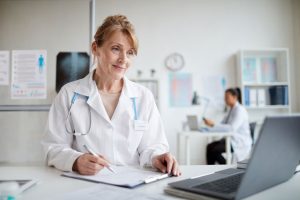 This isn’t the first time NPs have lined up for this ride. Way back in 2004, the American Association of Colleges of Nursing (AACN) recommended that NPs be required to earn a DNP, pushing to make it a requirement effective 2015 – a deadline that is very much in the rearview mirror today for an initiative that ended up falling flat.

The inspiration for that first push initially came from a 2001 Institute of Medicine declaration calling for an overall reform of healthcare provider education, and was described in detail in the 2003 roadmap laid out for meeting that goal.

The AACN developed the DNP as a new level of terminal degree for the nursing profession with hopes that it would become the new minimum education requirement for NPs and other APRNs. In the years that followed, the DNP became a relatively popular choice among ambitious nurses and those simply anticipating the possibility of the coming change… but by 2015 no state license commission had adopted the DNP standard, and less than a quarter of schools training APRNs even offered the degree.

A 2015 study the AACN commissioned from RAND sheds some light on the failure. While many schools added DNP programs during the push, they also retained their MSN programs… and those MSN programs enrolled three times as many students as the DNP programs did. RAND found various structural issues in academia that slowed DNP adoption, as well as a lack of demand for DNPs in the APRN market.

Ultimately, the MSN was still completely acceptable to employers, and offered nurses the obvious benefit of a less expensive and shorter pathway into advanced practice.

Even today, these same factors leave AACN and NONPF with the difficult task of pushing a string toward DNP standardization for nurse practitioners – so the question remains: will universities, employers, certification agencies, and state licensing boards get on board this time?

There are solid arguments for high standards of education in medicine, but the move to create a more difficult and longer path to advanced practice risks undercutting much of what makes the APRN role appealing to employers.

Part of that has to do with the sheer demand for APRNs in the healthcare industry. According to the U.S. Bureau of Labor Statistics, the number of nurse practitioner positions will increase by 26% between 2018 and 2028 just to keep up with demand – that represents another 62,000 NPs entering the nursing workforce.

A DNP program can take twice as long to complete as an MSN… two to four additional years. The concern, of course, is that with the more stringent requirements to both enter and complete a doctoral program, not to mention the higher costs, moving to the DNP could constrict the pipeline that is expected to produce all those new NPs.

On the flip side, the higher salaries that DNP-prepared NPs earn could make the additional time and expense well worth it from the perspective of nursing students. A 2018 survey by Medscape found that RNs with a doctoral degree were paid, on average, about $9,000 more than those with only a master’s degree.

But paying higher salaries isn’t something employers usually get excited about. In fact, hospitals often look to NPs as a more affordable alternative to MDs, often hiring them as a way to reduce costs. There are astronomical costs associated with producing and hiring MDs, so the cost effectiveness argument for APRNs will certainly not disappear in the wake of a DNP standard, but it will be reduced. 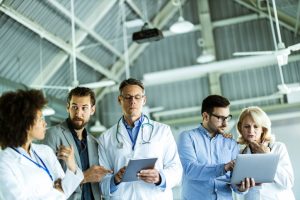 Arguing for the DNP presents something of a double-edged sword for NP advocates. While it’s difficult to argue that more training and more clinical education aren’t a good thing for anyone in the medical field, NPs and other APRNs have already been fighting to establish themselves as being well-qualified to practice and prescribe independently with nothing more than an MSN.

While requiring a DNP for licensure obviously answers this argument, if the initiative doesn’t succeed it could provide ammunition for entities such as the AMA who seek to restrict APRN practice authority. If NPs themselves believe the role needs a higher education requirement, it tends to work against the argument for independent practice authority, and boosts the AMA position that NPs should only function under MD supervision.

If the push to move to a DNP as standard fails again, it may only reinforce the perception that independent practice for NPs should continue to be restricted.

The argument works in the other direction as well though. For the additional education a DNP offers to have any practical advantages, NPs would have to be allowed to put it to use in the field by being granted independent practice authority as a matter of course. Many states still restrict NP practice authority to levels below their capabilities when they come out of MSN programs, so proactively moving to the DNP standard could be the very thing that convinces state law makers to authorize that expanded practice authority.

What Makes This Time Different?

What’s different about the current push to the DNP? Access, for one thing; according to NONPF, there has been a 24% increase in the number of post-baccalaureate DNP programs in the U.S. since 2015, up to 187 as of May 2018.

Whether licensing boards decide to come along for the ride or not, some NP organizations are already establishing the DNP as a standard. The Council on Accreditation of Nurse Anesthesia Educational Programs, for example, independently committed to advance the requirements for that specialty, also with a target date of 2025. The Council has already stopped offering accreditation for any new master’s level nurse-anesthetist programs, and students entering the field after 2022 are required to earn a doctoral degree to become certified, regardless of state licensing requirements.

Tracking the outcomes of the DNP migration for nurse anesthetists might be the best way to assess how a general DNP requirement for nurse practitioners will play out, but for now it’s a very strong indicator that a sweeping change is coming and other APRN roles will soon follow suit.