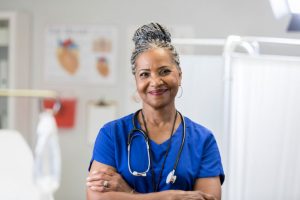 The identity of the nurse practitioner is firmly rooted in the idea that the highest level of nursing care can be delivered by combining holistic practices from nursing with the traditional medical model of evidence-based treatments based on a patient’s medical history and physical assessments.

With nurse practitioners coming from the ranks of experienced RNs that have been working in the field for years, that integration was natural and beneficial… bringing a caring, human touch to advanced clinical treatment, all in one package.

Although the APRN role grew out of bolstering the expertise and authority of RNs, certain roles in independent primary care have evolved into what is now a profession unique in many ways from conventional nursing, and that in many ways resembles that of the MD.

With that status comes a new cohort of nurse practitioners… ones who have never been nurses, and will never practice in an exclusively nursing role.

Is it an identity crisis for the APRN community, or a new opportunity to expand both practice authority and the appeal of the profession?

How Can You Become a Nurse Practitioner Without Being an RN First?

Of course, the vast majority of nurse practitioner training programs at the master’s (MSN) or doctoral (DNP) level, only accept candidates with some experience as a practicing RN. But a new breed of training programs, responding to the massive demand for qualified APRNs, have been chopping away at that requirement to the point that no actual nursing experience beyond internship and clinical hours may be necessary to become a licensed APRN.

Some find a path through direct entry NP programs, which allows students with bachelor’s degrees in fields other than nursing to enter an MSN or DNP program, assuming certain course prerequisites are fulfilled, such as biology, anatomy, or chemistry classes… Other programs are for individuals without a bachelor’s who have their APRN career goals in mind before they even begin college, allowing them to bypass RN nursing on their way to becoming an APRN. They may enroll in a BSN program and go directly through the pipeline to an MSN or DNP as required for APRN licensure. Although you technically become a registered nurse in the course of becoming an APRN, there’s no requirement that you do anything other than get the piece of paper that says so… no actual experience in nursing is necessary.

Although it’s an increasingly common entry point, it’s also sparking a lot of controversy within the APRN community: how critical is nursing experience to becoming a successful APRN? And if that experience isn’t critical, what does that mean for the connection between nursing and APRNs?

Are NPs Without Prior Nursing Experience the Future of Advanced Practice Nursing or an Aberration?

To the surprise of people on both sides of those questions, there’s little firm evidence one way or the other.

A survey of the limited number of studies looking at the effectiveness of nurse practitioners without RN experience from 2016 found mixed results; some showed no correlation between prior RN experience and competency levels among NPs, while others found that NPs who had previous nursing experience under their belts exhibited higher reported rates of clinical expertise.

One of the most recent investigations funded by the Widener University School of Nursing and published by the NCBI actually found that the primary driver of success in the NP role was not RN experience at all, but rather a formal orientation period during advanced practice training.

Those findings tend to reflect a 2010 Canadian study that showed the major obstacle to NP success in new roles was environmental, or systemic; having to do more with how familiar NPs are with colleagues and employers and with the role and scope of practice than the pre-service clinical experience they have.

A 2005 study conducted by the Molloy College Center for Nursing Research found that more years of RN experience actually resulted in lower NP clinical skills, as reported by collaborating physicians. And a 2015 study found no relationship between prior RN experience and a selected measure of educational outcomes, although it did, intriguingly, negatively impact graduation rates.

The data can be spun either way, but the absence of any clear answer tends to offer an answer of its own: there’s no clear tie between experience as an RN and success as an APRN. 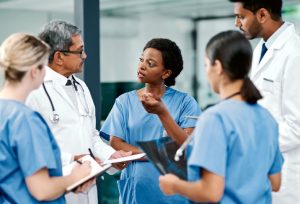 For anyone interested in becoming an APRN, that leaves you with some interesting decisions to make.

With tradition and expectations behind it, practicing as an RN, however briefly, still garners more respect within the APRN community. As a new NP, you’ll be asked about your prior nursing experience; you’ll often be expected to demonstrate familiarity with basic nursing skills.

But as far as other medical professionals and patients are concerned, there may be little difference in perception once you start in your APRN role. Skipping time as a nurse may get you right into the kind of work you would prefer without marking time in a lower-paying role.

On the other hand, direct-to-APRN programs can also feel somewhat unnatural. Although you receive all the education you need to fill an RN position, the direct transition to APRN work means you don’t put any of those skills to work in a traditional staff nurse direct patient care role, which is very valuable and rewarding work in its own right.

Some will choose the more direct path to becoming a physician’s assistant (PA) instead. But becoming a PA does not hold the same promise as becoming an APRN in terms of eventually holding independent practice authority, if that’s your goal.

Although the technical and clinical expertise you learn on your path to becoming an APRN via a direct entry program will speak for itself, it won’t give you as much opportunity to develop the bedside manner and patient contact skills that will also be a very important part of your repertoire.

Because patient outcomes do not appear to suffer from a lack of working RN experience, the decision will rest largely on how much importance you place on hands on experience.